Chapter 6: “The Good Witches of Emilia-Romagna of Central-North and Northeastern Italy”

To see the VIDEO I made before my second research trip to ITALY, you can go to my Generosity page to view my original premise...

Karyn Crisis trained as a platform Medium under an NSAC certified Spiritualist Minister, and she has become sought-after in the Bay Area for classes, workshops, private readings and public demonstrations. Her work has taken a turn towards historical recovery focused on reclaiming Ancient Wisdom received through the Old Ways. This feminine, receptive practice of devotional Mediumship offers empowerment in our modern times through connecting us to our still-living legacy of the Medicine Women, Wise Women, and “Witches” of the past, as well as to their Goddess Guides and Teachers.

Karyn returns to Italy this mid summer to work on 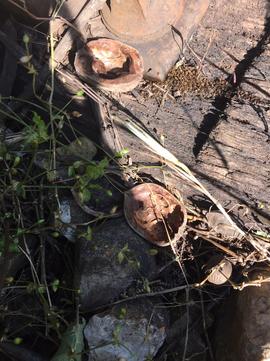 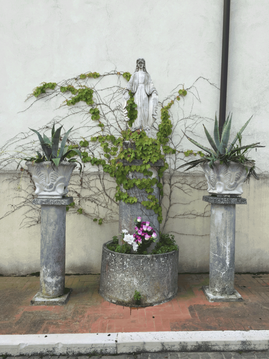 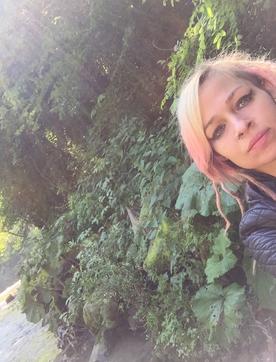 For More Information, Scroll Down

Karyn Crisis never had the chance to decide if the spirit world was real or imaginary. She has been able to sense the "unseen world of  passed-on relatives, angels, and ghosts since childhood.  Training as a Spiritualist Medium as an adult, she became a popular platform Medium and healer in the San Francisco Bay Area. In 2009, she took a fateful trip to Italy’s Tuscany Region, which would have a lasting impact far beyond what she could have ever imagined:

Goddesses from Italy's history suddenly began appearing to Karyn as clearly as other spirit people had,  and they began transmitting to her the information of a most interesting cultural melting pot in Italy that gave rise to its unique and complex spiritual landscape. Among the information shared was the knowledge  of Italy's own indigenous Lineage healing, a female shamanism hiding in-plain-sight that can be traced back to pre-pagan times.  One thing was clear: Mediumship was and is the cornerstone of all these traditions by advancing the quality of life through previously hidden knowledge from the spirit world handed down to earth. 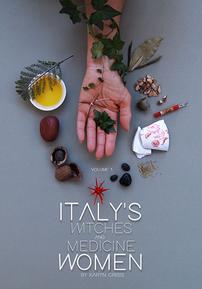 Italy’s Witches and Medicine Women Volume 1 not only documents the information Karyn gathered through the 23 people she interviewed,in 7 different regions,  but it also provides a comprehensive spiritual history of the "Italian Witch" and reveals an important matrilineal living practice supplanted by the patriarchal invasions of  pre-pagan times, whose acts of repression still affect the world today.


Along with documentation  of a  groundbreaking history of women, you will also find practical tips on how to prepare yourself to reconnect with this female Lineage. Between each chapters Karyn reveals her visionary journey to this evidential history in short stories called "Secrets," sure to bring understanding and illumination to your journey into the world of Spirit.


Karyn has also developed "Italy's Witches and Medicine Women" into a Lecture Series with video interview footage, photos, and a brief overview of the enormous body of information her book contains. 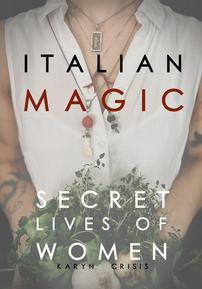 [walut shells that led me to the river, Stretto di Barba] 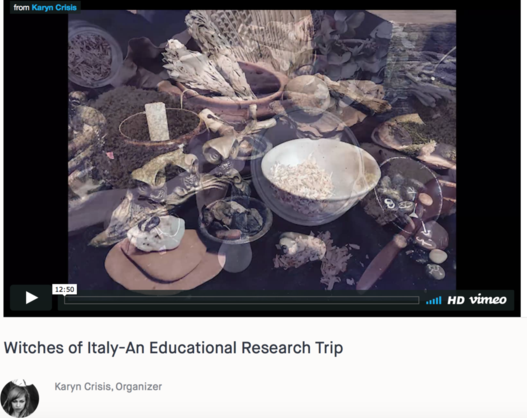 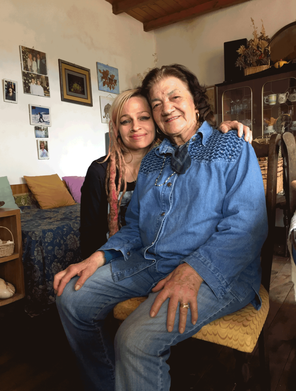 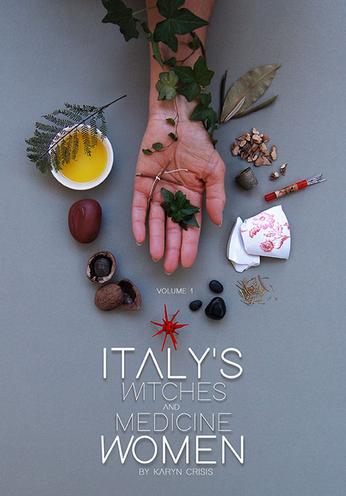 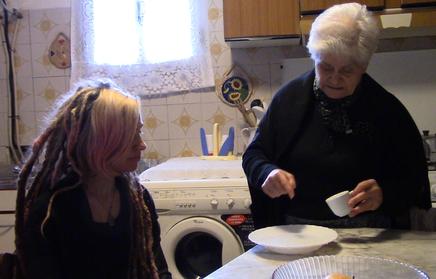 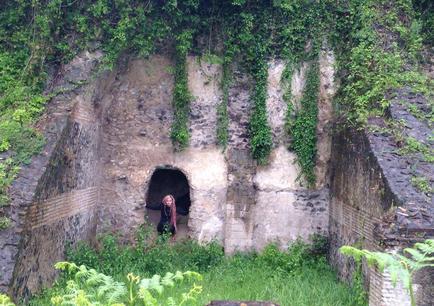 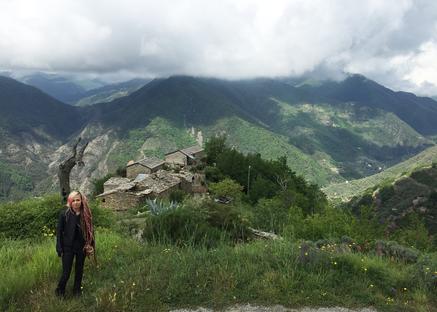 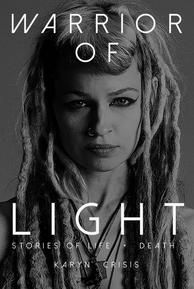 Following the guidance of the Goddesses, Karyn returned to Italy where she embarked on a long and intensive research study. Taking cures from "streghe," meeting herbalists on mountain tops, experiencing a 6 hour ancestral fire ritual with secret shaman called Benandanti, having a past-life curse released through making "occhi," interviewing local authors and museum curators and archivists and folk lore experts, living among locals and walking on the remains of the Goddess Diana's 2,000 year old temple, Karyn found the historical evidence to support what the Goddesses had shown her in visions.

Italy’s Witches and Medicine Women Volume 1 not only documents the information Karyn gathered through the 23 people she interviewed, but it also provides a comprehensive spiritual history of the "Italian Witch" and reveals an important matrilineal living practice supplanted by the patriarchal invasions of  pre-pagan times, whose acts of repression still affect the world today.